St Cecilia Career Training Program provides free tutoring and support for students who request assistance with their studies.   Students have access to studying in groups, one on one direct personal tutoring; computer-based learning programs and academic resource materials.

Students are welcome to drop in or request for a standing appointment.  Tutoring services are tailored towards the individual needs of a student. 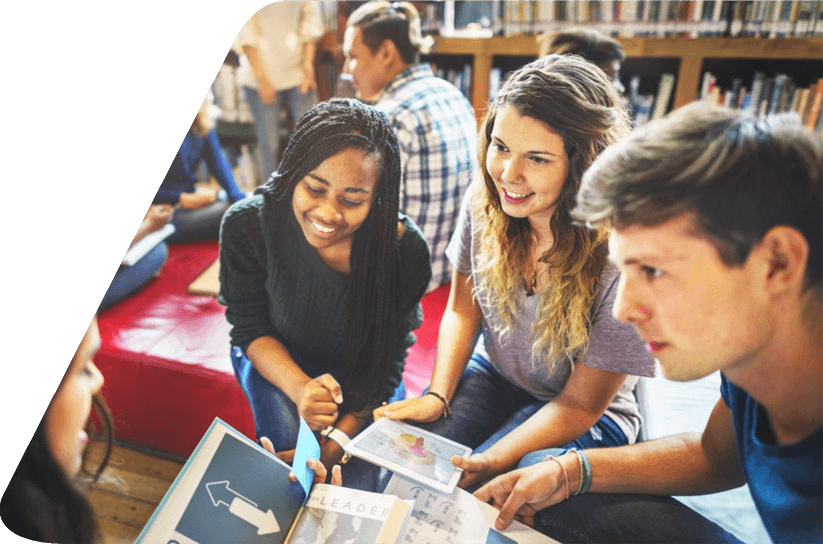 Warning: Trying to access array offset on value of type null in /home/ypy6arlxllqk/public_html/stceciliatraining.com/wp-content/plugins/elementor/includes/base/controls-stack.php on line 1535

Warning: Trying to access array offset on value of type null in /home/ypy6arlxllqk/public_html/stceciliatraining.com/wp-content/plugins/elementor/includes/base/controls-stack.php on line 1537

No student may engage in the unlawful manufacture, possession, use or distribution of illicit drugs and alcohol on St Cecilia Catholic Church’s property or as part of any of its sponsored activities. Such unlawful activity may be considered sufficient grounds for serious punitive action, including expulsion. Disciplinary sanctions for students convicted of a felony offense involving alcohol or the manufacture, distribution, sale, possession or use of marijuana, controlled substances or other illegal or dangerous drugs shall be immediate suspension and denial of further sponsorship from the church. Specifically in the case of a drug related offends, the student shall minimally be suspended for the remainder of the term and forfeit all academic credit for that period.

St Cecilia’s Office of Student Life will implement healthy living programs to counterbalance drug and alcohol abuse. We will articulate and consistently enforce clear policies that promote an educational environment free from substance use/abuse and provide online education for members of the church community for the purpose of preventing alcohol abuse and other drug use. We will provide a reasonable level of care for substance abusers through referral. We will implement campus activities that promote and reinforce health, responsible living, respect for community and campus standards, individual responsibility on the campus, and intellectual, social, emotional, spiritual, or ethical, and physical well-being of the members. We will be vocal and visionary in combating the negative issues surrounding alcohol and other drug use and abuse on campus.

The use of illicit drugs and the abuse of alcohol can, and in many instances, very probably will, lead to serious health problems, chemical dependency, deterioration of the quality of life, and, if untreated, early death. Cocaine provides a short-lived “high” followed by depression, paranoia, anxiety, guilt, anger, and fear. It can cause rapid physical and psychological addiction. In some instances, cocaine may cause a heart attack or sudden death, even on the first use. The dangers of this highly addictive drug and its close derivative, “crack”, are evidenced daily through the news media. Overdose of cocaine (or other stimulants) can cause agitation, increase in body temperature, hallucinations, convulsions, and possible death. Marijuana, like cocaine, provides a short-term high, and like cocaine, is addictive. While the “high” may last only a short time, traces remain in the body for a month or more, inhibiting short-term memory, reducing reaction time, and impairing visual tracking. It may also cause an inability to abstract and understand concepts. In some instances, it can depress the immune system, increase the risk of heart attack, contribute to lung diseases, and infertility. Marijuana and other cannabis can cause euphoria, relaxed inhibitions, increased appetite, and disoriented behavior. Overdose can cause fatigue, paranoia, and possible death. Depressants such as barbiturates, chloral hydrate, benzodiazepines, etc., can cause slurred speech, disorientation, and drunken behavior without the odor of alcohol. Overdose can cause shallow respiration, clammy skin, dilated pupils, weak and rapid pulse, coma, and possible death. Hallucinogens such as LSD, Mescaline and Peyote, amphetamine variants, etc., can cause illusions and hallucinations, and poor perception of time and distance. Overdose can cause longer, more intense illusionary hallucinatory episodes, psychosis, and possible death. Narcotics such as opium, heroin, morphine, and codeine can cause euphoria, drowsiness, respiratory depression, constricted pupils, and nausea. Overdose of narcotics can cause slow and shallow breathing, clammy skin, convulsions, coma, and possible death. Prescription drugs, used improperly, can cause tired-ness, or hyperactivity, impaired reflexes, brain damage, and, in some instances, addiction or death. Alcohol, used abusively, will impair judgment, result in anxiety, feelings of guilt, depression, and isolation. Prolonged use may cause liver and heart disease, cancer, and psychological problems and dependency in the form of alcoholism. Alcohol used by pregnant women is the leading preventable cause of mental retardation in children.

For centuries, the Catholic Church has been at the forefront of science and technology. Contrary to modern-day popular belief, there are no contradictions between faith and science. St Cecilia Learning group was designed to embody how faith and science intermingle, and is carrying on that tradition in the midst of a changing world. The more we learn of the created, the more we learn of our Creator. St Cecilia learning program presents an opportunity to demonstrate leadership where students and faculty do not compromise Catholic principles to practice science and engineering. St Cecilia will be a strong voice in a world that often suppresses religious expression.

A variety of counseling services and treatment centers are available through the church for anyone experiencing problems related to substance abuse. Although most counseling and treatment centers charge for their services, some programs are free of charge. Faculty, staff, and students should avail themselves of sources to identify the services or programs which most closely meet their specific needs. Consistent with its educational mission, St Cecilia Career Training Program provides useful and informative educational programs on drug/alcohol abuse. The Student Affairs Division sponsors workshops and lectures on alcohol and drug related issues to support and encourage healthy, productive lifestyles.